Rehmannia Dean Thomas, Taoist Tonic Herbalist, will visit the Seer Series and give a talk on the “Gate of Life” lineage of Tonic herbology, a 5000 year old health system from Asia. We will see, feel and taste the sacred Tonic herbs. This is a rare opportunity to learn about the oldest and most sophisticated health system in Human history, and how we can integrate the herbs into our daily health regimen. Rehmannia will offer consultations for all attendees, and create customized herb formulas for only $40

Rehmannia Dean Thomas is a Taoist Tonic herbalist in the Gate of Life lineage, which dates to 2975 B.C. This superior health system focuses on holistic health maintenance with the use of tea formulations of Tonic herbs.

Rehmannia was personal apprentice to Master Herbalist Ron Teeguarden from 1998 until 2006, when he formed Shamanshack. Rehmannia studied Chinese medical diagnosis at Alhambra University, and obtained a degree from Natural healing College as “Master herbalist”, but adheres to the title master Teeguarden gave him as “Superior herbalist.” He is a pending member of the American herbalists Guild.

Rehmannia created all Shaman Shack products, and sources only the highest quality herbs. He is truly a front-runner in his field, and has taught and influenced many mendicants of Tonic herbalism. He specializes in formulating custom whole-herb tea blends for his clients, tailored to their individual needs.

He assists his clients in

Hormone support for men and women of all ages

Master Sio at the Seer Series

An authentic, powerful Hawaiian Kahuna Healer, Master Sio enables you to heal yourself on physical, mental, spiritual and emotional levels. He emphasizes he’s not a medical doctor but he frequently consults with prominent physicians nationally and worldwide. He also is often hired to work on clients in a coma or other serious conditions in Los Angeles area hospitals.

Born with a natural healing gift, Master Sio helps people suffering from cancer, arthritis, lower back pain, insomnia, high blood pressure, stroke and heart attack disabilities, depression and mental dysfunctions, among other issues. Results vary from dramatic to more subtle over time, and there is always healing at some level. Master Sio suggests at least 10 weekly sessions for the most lasting effects. Chronic and serious conditions generally require more attention.

Hawaiian Kahuna Healing requires very light or no physical contact, no disrobing and no interviews. It comes directly from Source as a sacred and powerful energy. Master Sio has an international clientele in the USA, Germany, France, New Zealand, and South Africa. He trained in total silence with native healers in Hawaii, New Zealand, Australia, Tahiti, Tonga, Samoa and Fiji.

Also a Master of Medical Qi Gong, Master Sio recently relocated his practice to Los Angeles from Kona on the Big Island of Hawaii. 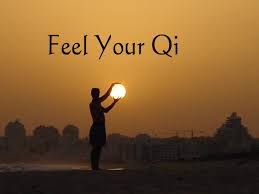 You can also visit the website for the new book here:

See her at the Seer Series

Guru Prem Singh Khalsa is a Yoga Teacher and has been teaching Kundalini Yoga for over 25 years. He is certified by the Kundalini Research Institute as a Trainer of Teachers of Kundalini Yoga.

He travels throughout the world teaching the principles of Divine Alignment to students of all yogic schools.

Class: Healing The Heart – How to become Whole Hearted

How you physically carry your heart, very much depends on what you are holding in your heart. If you have a dark, broken or hurt heart, your body will reflect this pain.We will learn about Divine Alignment and how to have our Virtuous Hearts Rule, thus bringing light and support to our hearts contents, helping us to heal and be whole!

Watch this short clip of Guru Prem speaking about the Temple of the Soul and Virtue:

First of all… let me say: THANK YOU ALL FOR COMING! We filled the room with SUCH lovely energy. Our events just keep gettng BETTER AND BETTER! And I really thank YOU for that!!

1. Evan Marc Katz started us off with wit and humor — teaching us about the DOs and DONTs of Dating! He went through the common mistakes that both men and women make when trying to appear attractive to the opposite sex. He said, that Dale Carnegy’s book: How to Win Friends and Influence People was essentially the FIRST dating book! Ultimately, when we are talking about dating we are talking about influence or how to get people to like us… a VERY important skill because IF WE CAN’T GET ANYONE TO LIKE US: we’re going to be pretty lonely across the whole board!

2. Pashyo Sarkin began with a speech about Sacred Love. She said that if we don’t LOVE OURSELVES — and OUR BODIES — then how can we ever expect to love someone else? With that thought still fresh in our minds, she led us in an energy dance, starting with some awesome breathing exercises which I had never seen before! They were TOTALLY effective! I think the whole room was participating and giggling and feeling the vibes! We then moved into freestyle body movement and African dance — IT WAS SUPER FUN!!! I moved my body in ways I’ve never moved it before. It was a little uncomfortable for me at first… but I AM SO GLAD I JUMPED RIGHT INTO IT! The feelings were electric! We then sat down and did some mindfulness meditation in our body. Afterwards Pashyo played a short clip (I believe of Osho) speaking about God and Love — and how, ultimately, Love is the MOST important thing!! AGREED!

3. John Bernad — Los Angeles and International Based Performance Artist spoke to us about his next “Big Plans”…. I definitely WAS NOT expecting what he said… and I have to wonder — in the presence of this international man of mystery — was he just trying to challenge and warp our minds?!

4. Finally — Pat Allen took us HOME! Again, Pat Allen proved herself as one of the master of masters of relationships. There was a great difference in the reactions of the audience. There were some people who DEEPLY connected to what she was saying, however, Pat is pretty intense! I know I got A LOT of wisdom from her almos 80 years of experience. She is truly a genius. I am always flabbergasted by how CLEAR she is in her approach! I would HIGHLY recommend seeing her show at the Odyssey Theater on Monday Nights — furthermore, if you have any left over questions — PLEASE do not hesitate to ask us!! We are here to serve and support you! Also, if you go to Pat’s Monday Night show you have the ability to ask her those questions there!

THE UNIVERSE LOVES YOU AND SO DO WE!

PLEASE POST COMMENTS ABOUT YOUR EXPERIENCE! — or any remaining questions you have!

If you didn’t get a program, here it is! 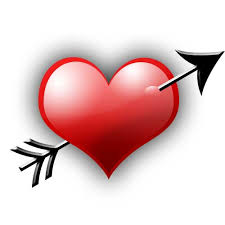 We invite you in this post to share and discuss your favorite love poems for valentines day!

Here are some of ours: 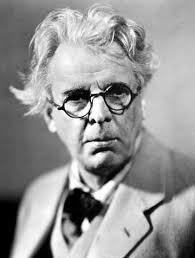 THE SONG OF WANDERING AENGUS

WENT out to the hazel wood,
Because a fire was in my head,
And cut and peeled a hazel wand,
And hooked a berry to a thread;
And when white moths were on the wing,
And moth-like stars were flickering out,
I dropped the berry in a stream
And caught a little silver trout.
When I had laid it on the floor
I went to blow the fire a-flame,
But something rustled on the floor,
And some one called me by my name:
It had become a glimmering girl
With apple blossom in her hair
Who called me by my name and ran
And faded through the brightening air.
Though I am old with wandering
Through hollow lands and hilly lands,
I will find out where she has gone,
And kiss her lips and take her hands;
And walk among long dappled grass,
And pluck till time and times are done
The silver apples of the moon,
The golden apples of the sun. 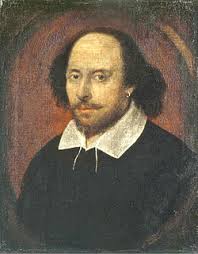 The fountains mingle with the river,
And the rivers with the ocean;
The winds of heaven mix forever,
With a sweet emotion;
Nothing in the world is single;
All things by a law divine
In one another’s being mingle;–
Why not I with thine?

See! the mountains kiss high heaven,
And the waves clasp one another;
No sister flower would be forgiven,
If it disdained it’s brother;
And the sunlight clasps the earth,
And the moonbeams kiss the sea;–
What are all these kissings worth,
If thou kiss not me?

Brigitte Mars is the perfect balance between a mythical forest fairy with a 21st century mind.

Enjoy this video on the Sexual Herbal in honor of the Seer Series February 9th Event on Sacred Love with Dr. Pat Allen, Evan Marc Katz, and Pashyo Sarkin!

I have learned greatly from her experience — and I look forward to sharing it with all of you!

Stay tuned for the full interview where we discuss the book of Urantia, how we can get off our grass and eat our lawns, the doctrine of signatures, the tides of love and much more!

Check out her website for links to all her amazing books, blogs, and beautiful being!

Go Down The Rabbit Hole

Art Tarbi at the Seer Series

How far down the rabbit hole do you want to go?

What is good or bad?